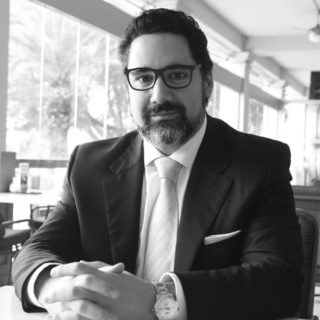 Dr. Theodoros Tsakiris is an Associate Professor (ten.) at the University of Nicosia (UNIC) specializing on the geopolitics and geoeconomics of the energy industry and the energy security consideration of energy policy. Since 2017 he is directing the Energy Studies Programs of UNIC’s School of Business. From 2011-2019 he directed ELIAMEP’s Geopolitics of Energy Program. As a member of ELIAMEP’s team Dr. Tsakiris participate in a Horizon 2020 study by leading EU Think-Tanks on the Future of Turkish-EU Relations co-authoring several research and policy papers between 2016-2019. Dr. Tsakiris also served as the Director of Research at IENE, the Institute of Southeast Europe between 2007-2009 where he co-authored several studies including the Energy Security Policy of the Islamic Republic of Iran and the first of IENE’s South East Europe Energy Outlook.

Between 2017-2019 Dr. Tsakiris also served as a member of the Board of Directors of HAEE (Hellenic Association for Energy Economics) an annex of the International Association of Energy Economics, and has been, since 2018 a non-resident Research Associate for the Research Center for Energy Management of ESCP Europe. Between 2013-2014 he was an Associate of the Southern Europe Programme at the LSE Ideas think-tank of the London School of Economics. From 2008 to 2010 Dr. Tsakiris served as a senior policy adviser on international energy affairs to Energy Ministers Christos Folias, Kostis Hatzidakis and Deputy Minister Yiannis Maniatis.

Between 2014-2016 Dr. Tsakiris served as a member of the Board of Directors of the state-owned Cyprus Hydrocarbons Company (CHC). He also served as the Coordinator of the High-Level Group that drafted the Energy governing program of Nea Demokratia (ND) while serving as a senior energy adviser to ND Vice President Kostis Hatzidakis. Since October 2019 he serves as a member of the Board of Directors of DESFA the Greek Natural Gas Transmission Operator and has also been appointed in December 2020 as a member of the national committee drafting the Greek Hydrogen Strategy. Between 2019-2020 he also served as one of the two members of the Greek delegation in the High Level Working Group which negotiated the establishment of the East Med Gas Forum organization.