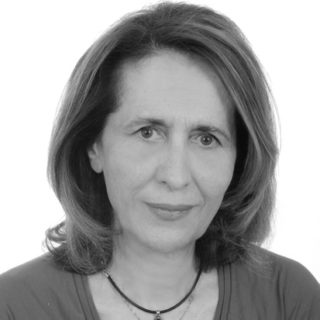 Mrs. Tereza Fokianou, Geologist graduated from N.K.U.A, with postgraduate studies at Imperial College of London in Oil & Gas sector, has an academic experience and more than 35 years of top managerial  and decision making experience in both Public and Private Energy sector.

Since 1998 is President & CEO of FLOW ENERGY and Environmental Operations S.A. While she is a Founding Member and Active Member of the Board in the Institute of Energy for S.E Europe (IENE).

She served as Director of Petroleum Policy of the Ministry of Energy (now YPEN) from 1987-1992, and from 1993 – 1998 President & CEO of the Public Petroleum Co for E&P of Hydrocarbons (DEP-EKY S.A). During that period, between others, she executed successfully the 1st International Licensing Round in Western Greece, resulted 4 Lease Agreements (L.A) for E&P with ICO’s, in 1997. Also she served as member in the Operating Committee of North Aegean Petroleum Co (NAPC).

She has an active presence and honorary participation in numerous of International Conferences and Fora in Greece and Abroad.

She is a member of the Association of International Petroleum Negotiators (AIPN), the Energy Institute of London (IE), the Geological society of Greece,  the Geotechnical Chamber of Commerce and the British Hellenic Chamber of Commerce.