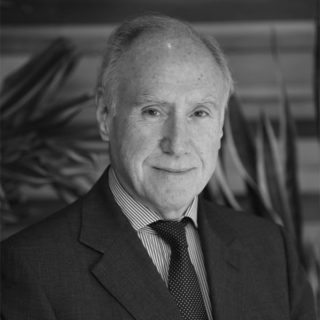 A cum laude graduate of Athens College, Leo Drollas attended the London School of Economics where he gained his B.Sc. (Econ) and M.Sc. (Econ), and completed his doctorate. After leaving the LSE, Leo Drollas worked in London at the Commodities Research Unit and then joined British Petroleum as the company’s first econometrician. At BP he managed the energy and economic modelling team in the company’s Corporate Planning Department and was responsible for many studies on various aspects of the oil market. Whilst at BP, Leo Drollas was seconded for two years to the Confederation of British Industry, where he held the post of Deputy Director of Economics. Leo Drollas joined as its Chief Economist in 1989 the Centre for Global Energy Studies (CGES), a think- tank founded in that year by Sheikh Yamani, the former Oil Minister of Saudi Arabia. Leo Drollas was the Deputy Director and Chief Economist at the CGES from 1989 until 2011, becoming in that year the CGES’ Director. During his time at the CGES, which ceased formal operations in January 2014, Leo dealt with many diverse subjects in the oil and gas sphere. Since then, Leo Drollas has operated as an independent energy consultant, undertaking many projects in London, Italy and Greece. Over a career spanning 45 years, Leo Drollas has written many articles and studies on oil, energy and economics in general, and co-authored “Oil – the Devil’s Gold” with Jon Greenman. He has spoken at numerous conferences all over the world and has appeared frequently on TV and radio programmes and been quoted regularly on the main wire services and leading financial newspapers.