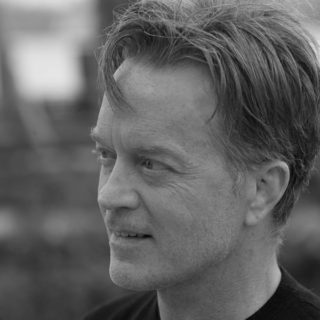 Joe MacDonald founded Urban A&O in New York while serving as an Associate Professor in the Department of Architecture at Harvard University Graduate School of Design, his alma mater. He regularly incorporates his academic research into practice at the scales of exhibition, building, interiors, landscape and master planning and his work has been published and exhibited widely. His practice emphasizes parametric modeling, design, and research, leveraging the powerful tools of CATIA-based software and digital fabrication processes to produce sculptural and geometrically complex forms and environments to be experienced within the public sphere. The resulting innovative work tests the limits of material and space through the development of radically new geometries with strong conceptual underpinnings.

He designed the core of the Steinhart Aquarium at the California Academy of Sciences, the Water Planet, a merging of living exhibits and interactive technology melded together with sensual, tactile surfaces sculpted into the forms of rippling, flowing water. It received an IDEA International Design Excellence Silver Award for Environments and LEED Platinum certification. Other work has included the design for Johnson & Johnson’s Olympic Games Pavilion for the Beijing Olympics, which received China’s Most Successful Design Award and LEED Gold, he also created exhibition architecture for GE projects in New York and Washington, D.C. He has designed urban and residential development planning projects in China and India, as well as residential and commercial projects in the United States.

Recent professional work and academic research combines MacDonald’s long-standing career at the forefront of parametric modeling with emerging models of sustainability for the Americas, including net-zero Data Centers and associated landscape and urban designs for Hazen, Nevada; Kelowna, British Columbia; and a 100-hectare Port project for Kaohsiung City, Taiwan.

MacDonald has been awarded several faculty grants for his research on social patterns within dense urban environments including speculative mapping for Beijing, Hong Kong, Shanghai, and Tokyo. MacDonald’s work has been exhibited widely and published regularly in the popular press: Time Magazine, The New York Times, Metropolis Magazine, The Architect’s Newspaper, Domus, Interior Design Market Tabloid Best in Show, Harvard Magazine, and Vanity Fair. He received Architecture Magazine’s Vanguard award as one of the top ten emerging practices from around the world in and the highest honor of the New York AIA New Practices Award in the same year.

He is a Visiting Professor of Architecture at several universities, including Washington University in St. Louis, the Graduate Architecture and Urban Design program at Pratt Institute in Brooklyn, NY, and currently at the Stuart Weitzman School of Design at University of Pennsylvania in Philadelphia.