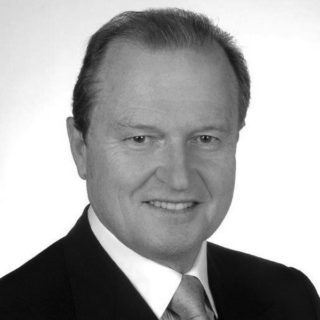 Mr. George A. Tsavliris was born in London. He graduated from Athens College in 1968 and having acquired professional qualifications in Shipping (F.I.C.S., ACI.Arb), he concluded his graduate and post graduate studies in Shipping Law at University College London in 1973, with an L.L.M. degree. In 2009 he was qualified as a Mediator at the ADR Group London and in 2014 was certified as a Mediator by the Greek Ministry of Justice, Transparency and Human Rights.

He familiarized himself with the shipping and salvage sectors from a very early age by being engaged in the family business. George is a Principal at “Tsavliris Salvage Group” and represents the business on both a commercial and environmental basis internationally. He holds the position of Past Chairman of INTERMEPA (International Marine Environment Protection Association), Chairman of CYMEPA (Cyprus Marine Environmental Protection Association), which received the “Cyprus Maritime Prize 2007”, as well as member of the Board of Directors of Cyprus Union of Shipowners, Board Member of ECSA (European Community Shipowners’ Associations), Board Member of The Yacht Club of Greece, Board Member of Friends of Hellas Liberty Association and the Jubilee Sailing Trust in the UK and Honorary Chairman of the Tsavliris Cultural Foundation. Furthermore, Mr. George Tsavliris is Member of the Academic Board of Metropolitan College / Solent Southampton University. Mr George Tsavliris was awarded the 2016 Capital Link Greek Shipping Leadership Award, in recognition of his unique and extensive contribution to Shipping and Greece and for his overall outstanding service to the shipping industry made by him individually, as a family and by his company as a Group. In Jan 2019, Mr Tsavliris received the Cyprus Environmental Award on behalf of CYMEPA by the President of the Cypriot Republic Mr Nikos Anastasiades and on March 12th, 2019, Mr Tsavliris was recognized with the Safety4Sea Leadership Award 2019 for his work with CYMEPA and other national & international organizations, toward the protection of the marine environment. Most recently, Mr Tsavliris was appointed Non-Executive Chairman of SSL Endeavour Insurance Brokers Cyprus & Greece.

George is a frequent keynote speaker and panelist at numerous maritime related conferences. He is an avid supporter of various charities, an art and music enthusiast and has completed ten London marathons. He is a father of six children.