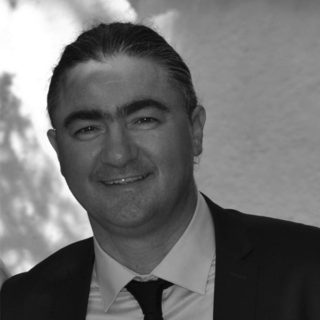 Dr. Dionysis Papachristou was born in Tzouba Soudan (17.12.1971) and originated from village Voutsara (Ioannina, Greece). He received Diplοma in Electrical & Computer Engineering on 1995, and Ph.D. in Electrical Engineering on 2000, both from National Technical University of Athens (NTUA), Greece. He is working in Regulatory Authority for Energy (RAE) of Greece as Scientific Expert, since 2001. Until December of 2004 he has been coordinator in the Licensing procedure (Supply Licenses, Production Licenses for conventional and RES stations), then in the Consumer & Environment Protection Unit, and later in the Unit of Non-Interconnected Islands with lots of responsibilities in various fields of the electricity energy sector, Coordinator of Competitive procedures (Auctions) Design & Implementation Unit (2016/04.2021) and Coordinator of the new RAE’s IT RES Platform which simplify the license procedure. Currently he is the Director of Press & Public Relations Office, and represent RAE at several working groups. His research and scientific interests are in the fields of Power Systems, Renewable Energy Sources, Energy Policy and strategy. He has published papers and studies at scientific conventions with a jury and has represented RAE in summits regarding the energy sector.