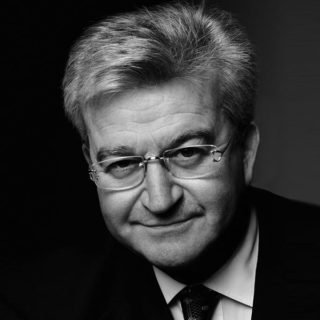 Christos Folias was born in Thessaloniki on 14.2.1951.
He studied Economics (BA Economics) at the American University of Beirut (1975), in Lebanon.

• In the European elections in 1999, Christos Folias was elected Member of the European Parliament with the Party of Nea Dimokratia (1999-2004), and lived in Brussels for 5 years.

• In March 2004, he was elected Member of the Greek Parliament for Nea Dimokratia, and was appointed Deputy Minister for Economy and Finance. As Dep. Minister he was responsible for: EU-Greece cofunded development programs. Public Investments, covering all the Ministries in the government. Private investments, supporting and promoting them in all sectors of the economy.

• In September 2007 he was re-elected MP and was appointed Minister for Development, responsible for Energy, Industry, Trade, Consumers, Research and Technology.